How much of a problem can a grass seed be for a dog?

For such a tiny object, a grass seed can cause an incredible amount of pain and suffering for dogs! The trouble is in their shape - most grass seeds are very streamlined in one direction, but the awns prevent movement in the other.

In fact, many grass species’ seeds look, and act, like little biological arrowheads! This means that once they get embedded in the dog’s tissues, they keep tracking forward, working their way deeper and deeper, and causing more and more damage.

In this blog, we’ll looks at some of the problems that grass seeds can cause, and at what you can do to minimise the risk.

Of course, exactly what a grass seed can do to your pet depends on where it ends up…

This is perhaps the most common presentation. The seed goes down your dog’s ear as they’re running about in long grass - and immediately they’re yelping, pawing at their ears, shaking their heads and generally getting worked up. The inside of a dog’s ear is VERY sensitive, and they don't like having things stuck in there! The next problem, of course, is that having a foreign body in the ear rapidly sets up an ear infection, so they start to feel even worse, and even more itchy. But every time they scratch or rub, it just pushes the seed further down the ear canal. Eventually, it may reach, and even rupture, the dog’s ear drum.

Grass seeds in the ears are usually moderately easy to remove - sometimes, we’ll have to sedate the dog to get to them, but often we can quickly whip them out in the consulting room. If we see them soon enough, we may not even need to prescribe any ear drops!

This is also very common - seeds lying on the ground become trapped between the dog’s pads. Because of their shape, they often work their way upwards and then cut their way through the thin skin of the toes and into the flesh. Unsurprisingly, this is really painful, and dogs will often be very lame and sore, and will chew or bite at the affected foot. Sometimes, an abscess will form around the seed and the whole area becomes reddened, inflamed and sore.

The only treatment for this is to remove the seed surgically under sedation or anaesthesia - it’s amazing how big, and how far into the flesh, they can be!

This is generally the smaller seeds - usually, the dog’s blink reflex will keep the larger ones out. However, the outer husk of a grass seed is very hard and really quite sharp, and often leads to abrasions and cuts to the outer layer of the eye, the cornea. A "corneal ulcer" is visible as a constantly closed, sore and runny eye; if you can look at it, you will see that the tissues around the eye (the conjunctiva) are reddened and swollen. Occasionally, the seed even works its way behind the eyeball, causing severe pain and distress. These sometimes need surgery to remove, but usually they wash themselves out after a short while.

The treatment for a scratched cornea is usually pretty straightforward, with painkillers and eye drops; although if it doesn’t heal, or the seed is stuck in the eye itself, more dramatic interventions (including surgery) may be required.

Dogs often inhale the seeds as they run through meadows and grassland, and as you’d expect, they’re really irritating to the nasal chambers! Because of the seeds’ tendency to track into tissues, it can be very hard to work out where they end up - sometimes they end up inside the sinuses above the dog’s eyes! Again, this results in itching, rubbing, and often a severe one-sided runny nose; which may progress to sinusitis.

The treatment is first to locate the seed - most seeds are invisible to X-rays; so normally we find them with rhinoscopy (putting a camera up the nose and having a good look around). Once found, it is usually possible to remove them with an endoscope.

This last place isn’t something most people think of - but grass seeds often get deposited in the mouth. Once there, they can cut into the tissue and embed themselves anywhere in the head, but they seem to have a penchant for getting into the salivary ducts - they then work their way up into the salivary gland and block it, causing swelling and discomfort on one side of the face.

Treatment is, once again, surgical removal.

Occasionally, dogs running around in long grass will inhale a grass seed into their lungs.  They usually re-appear from the long grass coughing and uncomfortable. It is usually possible to retrieve these seeds with a flexible endoscope but, because of the way they track through tissue, there can be very serious consequences.  Follow the link to see a case where we remove a head of wheat from a dog’s lung.

So what can be done to prevent it?

Unfortunately, the only preventative method is to avoid taking your dogs to areas where the grass is seeding. Cut grass isn’t a problem (because the seed heads are cut off when the area is mowed), it’s long, overgrown grass with heavy seedheads that is the problem. If you avoid these areas when the seeds are out, you’ll minimise the risk of problems!

If you think your dog has a grass seed, or any other wound or foreign body, make an appointment for them to see one of our vets as soon as possible! 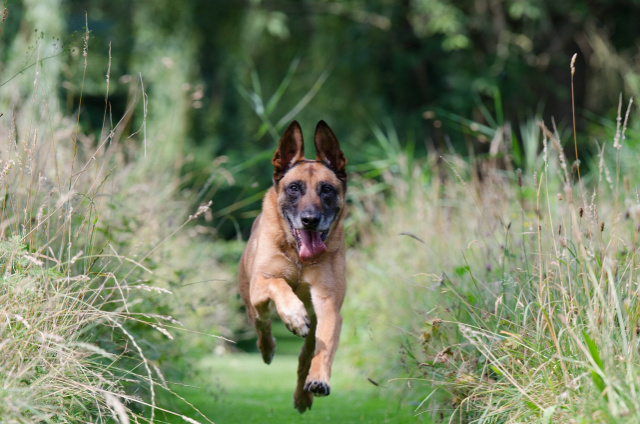