What Flea Treatment Is Best For Cats?

The commonest parasite of dogs and cats in the UK is - you’ve guessed it! - the cat flea, Ctenocephalides felis. To make matters worse, this nasty beast doesn’t just live on cats (as its name would suggest) but also on dogs, other pets, and will sometimes even bite people! In this blog, we’ll briefly look at the creature’s life cycle, what it does to cats, and then at the different ways there are to kill them.

The flea, the whole flea, and nothing but the flea…

The adult flea is a small (usually about 2mm long) six-legged wingless insect - however, although they cannot fly, boy can they jump! A flea can jump 200 times its own length (that’s the equivalent of a human making a quarter of a mile in a single leap), which is one reason why you almost never see them. Unfortunately, this means that some people think their cat doesn’t have a flea problem - however, you can usually tell that they have been there by what they leave behind. Flea droppings are like black sand, hidden in your pet’s coat; however, if you get them wet, they turn from black to red - because they are, after all, digested blood. The adults live solely to suck blood, mate and lay their eggs.

These eggs fall off the cat and land in the environment - typically, the carpet, cushions, bedding and other soft furnishings of your house. Here, they hatch into larvae, little maggot-like beasties that live hidden away in the dust. They eat dust and, crucially, the droppings of the adults, which periodically fall from the cat’s coat.

Once they have grown big enough, the flea larva weaves a chrysalis (just like a butterfly or any other insect), and inside it slowly reorganises its body. In this pupal state, the adult forms, but it doesn’t hatch until a meal (i.e. a cat, dog, rabbit or human) comes wandering past. In fact, hidden in its cocoon, the pupa can remain hidden for months, or even years!

As horrible as it sounds, there is a key statistic to remember when dealing with fleas - that only 5% of their population are living, at any one time, as adults. The remainder exist as eggs (50%), larvae (35%) and pupae (10%) hiding out in your house. If you want to get rid of an infestation, you have to break the life cycle: just killing the adults won’t do it as there will be more along in a moment!

For the majority of cats, a flea bite is a nasty, itchy irritation - but no worse than that. However, some cats are actually allergic to fleas - or at least to their saliva. The problem is that fleas are not well known for their table manners, and are rather inclined to slobber and dribble when feeding; the result is that the poor pets with flea allergy dermatitis (FAD) come out in a terrible rash after even a single flea bite. The usual symptoms are itching, hair loss, overgrooming, and lumps or scabs within the the skin (sometimes called miliary dermatitis).

Of course, even if your cat isn’t allergic to flea drool, they can still suffer health issues as a result of an infestation. Fleas are the main carrier for the common tapeworm (Dipylidium caninum), and can also transmit other bacteria and viruses; they may also be a vector for Feline Infectious Anaemia. In a young kitten, or if the infestation is very severe, they can even suck so much blood that the cat becomes anaemic.

Flee, flea, for all is discovered…

The key to controlling a flea infestation is to try to hit all parts of the life-cycle simultaneously. You therefore need to somehow kill the adults, and also prevent the eggs and larvae from proceeding to the next stage. The pupae are, sadly, immune to almost all chemicals, but there are things we can do to clobber them, too!

If you want advice on dealing with a flea problem, make an appointment to see one of our vets! 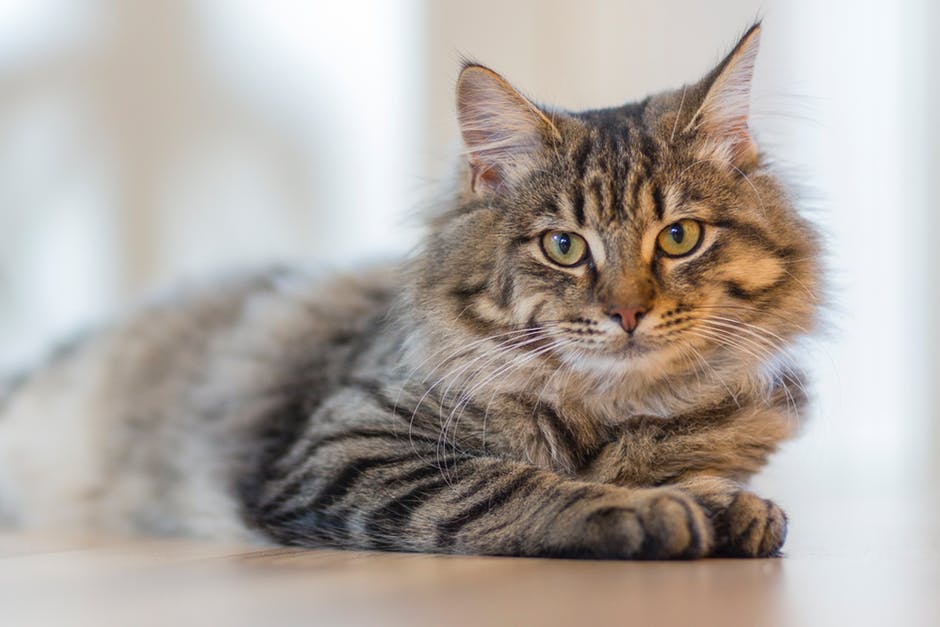